I had an interesting discussion with a friend, who was struggling with a professional and personal issue. David was feeling insecure about his coaching skills. We met for a coffee on the patio of a local café, during the Covid pandemic, being respectful about our social distance. As we were seated at the table overlooking the Ganges Harbour, I could see that David’s face was drawn and he had circles under his eyes.

“How are you doing, my friend?” I asked.

David gave a big sigh, as he hunched over in his chair. “I’m just not sure I’m doing this right.”

We sat in silence for a bit as I waited for David to say more. “You know we moved here in March, before the “stay at home” directive. My coaching has moved from talking in person to my clients, to working with them on Zoom. I’m not feeling good about the results I’m getting with my clients. I don’t seem to get connected with them in the same way.”

“I’m not feeling the essence of the conversation; it’s like there’s a barrier between us, a distance that is preventing us from connecting and having a deep coaching. I’m troubled by this, and the more troubled I am, the less effective I am. I’m feeling overwhelmed.”

“That’s wonderful that you see that, David!” I exclaimed with delight.

“What? You think it’s wonderful that I’m troubled?”

“Not at all. I think it’s wonderful that you “see” that you’re troubled and that this state of mind is less effective. That’s where the overwhelm comes from. Your mind is caught up in personal thinking to the extend that it’s covered your natural ability to connect with your clients on Zoom.”

“No, I don’t think so, Elsie. I realize I’m troubled, but it doesn’t make me feel better. And I feel that the distance on Zoom is also a part of not feeling connected with my clients.”

I considered David’s words, and was still, looking over the harbour at the seagulls flying by. “I remember Syd talking about “Seeing beyond time, space, and matter.” Those words really hit a chord in me. I didn’t understand the words; however, I got the feeling of power; I got the feeling of something deep and mystical. It’s like the Universe pauses for a moment, and lets us step out of the passage of time.

“I know when I did my first online retreat after the event I was going to be travelling to was cancelled. My client arranged the retreat online, and I honestly wondered if it would have the same feeling as when we are in direct contact with people.

“To my astonishment, David, I felt an even deeper connection with the group. It was like there was no barrier, no physical contact actually provided a deeper contact with spirit in one another. It was the most amazing retreat I’d ever facilitated.

“The power I felt imbued with during the retreat startled me—it was so strong. After the event was over, and I was bathing in the residue feeling of what had just taken place, I realized that spirit over rode distance.”

David was very quiet, looking down at his coffee cup. Then he leaned back in his chair and said, “What you describe sounds out of this world, Elsie. I don’t feel that’s possible for me. It’s tricky. I don’t have your faith.”

“You’re no different from me; we’re all made up of the same spiritual energy, formless into the physical form. I didn’t consciously plan to be imbued with power, or to have such a strong feeling. I went into that retreat wondering how it would be. I wasn’t expecting anything. I just showed up! And Mind guided me, as Mind guides everyone on this planet, whether we listen or not.”

Our server came, we paid the bill for our coffee, and strolled down the boardwalk. Then we came to Centennial Park, where the commemorative bench honoring Syd’s work is located. We sat on the bench, and watched the small boats coming into the harbour. I felt so peaceful, sitting with David on Syd’s bench. It was a moment to cherish.

After awhile, David rose, and gave me an air hug. “I’m feeling calmer, Elsie. I’m not sure about what you’re saying. It sounds a bit too spiritual for me. Yet there’s something stirring inside.”

“That’s what counts, David. When there’s a stirring inside, it’s our true nature guiding us via a feeling, without necessarily understanding. It’s not tricky; it’s common sense.”

Great blog piece Elsie, really made sense, such is the power of Mind. How I wish my fellow professional colleagues understood this instead of getting caught up in exhaustion over zoom, then exhaustion face to face and so forth. Little do they understand the exhaustion is because they are thinking too much! Something I am never guilty of. 🙂

Well said, Georgina. Love your touch of humor. . . At least when we get the opportunity to share what you just pointed to, our thinking re: exhaustion, those that are ready to hear will find a whole new world, as we have and continue to do so. Thanks for sharing your wisdom. Love, Elsie 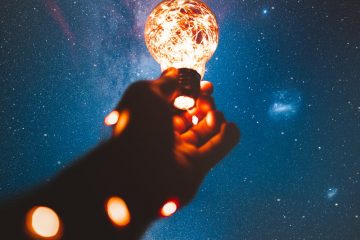 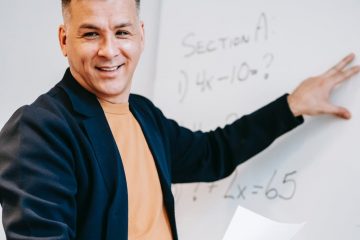 One of the most valuable things I’ve learned in my journey as a mentor is to be honest. When I used to work with a group or client, and I’d get stuck in not knowing Read more… 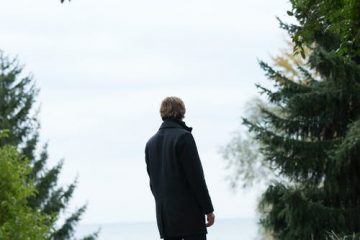 Every person is born with a gift; a gift of wisdom. This precious gift is often unseen by the individual personality. When I’m invited to mentor someone, I always listen deeply to what they’re looking Read more…